From Declaration to Action: Improving Immunization in Africa 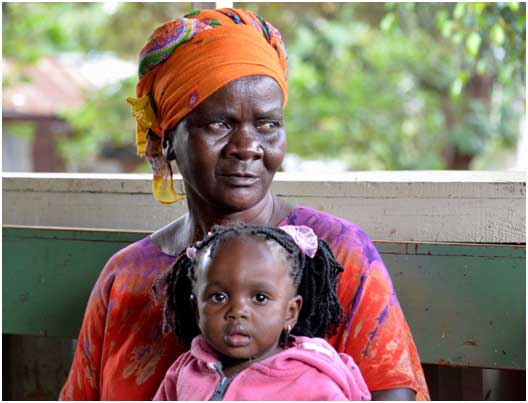 NAIROBI, Kenya, Apr 25 2018 (IPS) – Inviolate Akinyi, a 46-year-old grandmother, is certain that her grand-daughter needs to get all her vaccines for her to grow up healthy and strong. She uses a mix of private and public clinics in Kibera, one of the largest informal settlement in Nairobi, to get the 15-month-old the shots she needs.

Mary Awour, mother to two-year-old Vilance Amondi, also believes immunization is important to protect her child against infectious diseases. She got all the required vaccines for him at the public Kibera South Hospital.

But many children in Africa are not as fortunate as these two children. Instead, they are faced with health threats like diphtheria, measles, mumps, whooping cough, rubella, tetanus, diarrhea, pneumonia and other childhood disease.

While immunization is a critical intervention for preventing these diseases, millions of children do not have access to them because of state fragility or conflict, lack of parental education, religious practices–and too often—inability to access the vaccines because of cost or geographic location. Children in remote rural or mountainous areas face greater barriers to vaccine access.

As recently as 2000, slightly under 10 million children died globally from vaccine preventable deaths before their fifth birthday. The numbers declined to 6.3 million by 2013 but sub -Saharan Africa accounted for 50 percent of the under-five deaths worldwide. 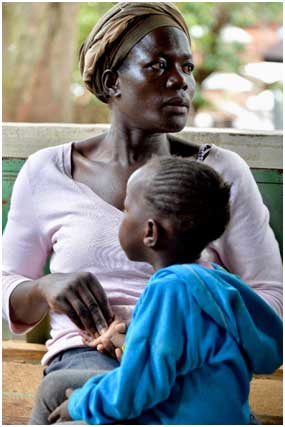 Mary Awour mother to two-year-old Vilance Amondi said she got all the required vaccines for him at the Kibera South Hospital which is government facility. Credit: Veronique Magnin – Habari Kibra Volunteer

While Africa has made significant gains in immunization in the last 15 years, one in five children still do not have access to life-saving vaccines. Of the more than 19 million children worldwide who did not get the three doses of Diphtheria, pertussis and tetanus (DPT) in 2013, 40 percent or 7.6 million were from sub-Saharan Africa.

According to a UNICEF report, in 2016, more than half of all children unvaccinated for DTP3 lived in just six countries, three of them in Africa: Nigeria, Ethiopia, and Democratic Republic of the Congo.

That same year, African leaders signed the Addis Declaration of Immunization (ADI), pledging to ensure that everyone receives the full benefits of available vaccines to inoculate them against infectious diseases like measles, mumps, rubella, hepatitis B, polio, tetanus, diphtheria, and pertussis.

These steps to scale up immunization rates on the content in line with the rest of the world and achieving the targeted Global Vaccine Action Plan (GVAP) rate of 90 percent national coverage, and 80 percent coverage in every district or administrative by 2020. To date, representatives from 50 African countries have signed, and three statements of support were signed by civil society organizations, religious leaders and parliamentarians to support implementation of the ADI.

At only 80 percent coverage in Africa, routine immunization is the lowest of any region in the world. This is unsatisfactory since immunizations have long been proven as a cost-effective way to improve global health—and in the current age, a critical pathway to attaining the sustainable development goals.

Worldwide, more than three million deaths are prevented annually as a result of vaccinations. In the case of debilitating diseases like polio and meningitis, vaccines prevent permanent disabilities as well. Effective immunization programs are being heralded now for the impending eradication of the polio virus. One of the most lethal childhood infections, only eight cases were recorded in the world last year—in Afghanistan and Pakistan.

For Africa and elsewhere in the developing world, universal access to immunization is central to enabling individuals lead productive lives and for the continent to reach its full potential. Increasingly, we recognize that good health is a major driver of economic growth and must be at the center of all development plans. The cornerstone of this is strong immunization programs and sustainable systems.

As the world and Africa commemorates this year’s immunization week, in the full glare of GAVI transition, a challenge to universal access to immunization for poor and middle-income countries, our call to government is to re-examine their commitments and contributions towards domestic resources to ensure all children access immunization and that the gains made, will be sustained and even surpassed.

Women like Inviolate and Mary demonstrate the commitment of mothers to protect their children. It is up to government to remove the barriers, create the policy environment and make the resources available to fund routine immunization for every child.